To all Home Cooking Haven Guests and frequent Visitors, this Website is under Construction, please be patient with us, we will be back soon.

The Kitchen is been renovated!!

Chicken chowder.HI to all my fellow chefs here on the East Coast of Africa and around this  beautiful world we live in.

Well now that Winter is fast approaching, we here at Home Cooking Haven decided  it's the idea time to a mouthwatering creamy chicken chowder for those cold winter day/nights.

Still with us ?.Great

There are many ways of serving this Chowder ,below are just a few ideas,

Chowder has its roots in the Latin word caldaria, which originally meant a place for warming things, and later came to mean cooking pot. The word caldaria also gave us cauldron, and in French became Chaudière. It is also thought to come from the old English word jowter (a fish peddler).

Why do they call it Chowder.

The broad range of soups that use flour as a thickening agent are called chowders. To most Americans it means clam chowder, either New England with a cream base, or the tomato based Manhattan style. The term comes from the French word "Chaudière" the pot in which the chowder was cooked.


We really hope that you will get great enjoyment out of cooking this recipe as well as eating it, and sharing the experience wherever you go in the world.

Don't forget to come back to Home Cooking Haven to see what's cooking and until we meet again.......... Happy Cooking 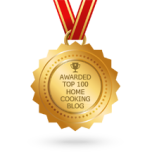